The RFA is proud to produce a short evening of One-Act Plays on Friday, Saturday and Sunday, August 21, 22 and 23, 2020. Shows are at 8 PM with the Sunday Matinee on the 23rd at 4 PM. Your evening will include the classic “Who’s On First” as well as “Drowned Out,” “Madame President,” and an original play. All the plays have three or fewer in the cast, and will include Covid-19 social distancing restrictions in staging and presentation. The event will last just over one hour.

Admission is $15 for adults and $10 for youth 18 and under. Tickets will be sold at the door so that each party/family group can be seated according to social distancing guidelines. The Box Office will open at 6:30 PM the nights of the show; 2:30 PM for the Matinee. There will be a maximum of 50 seats sold for each performance.  You will be asked to wear a mask when not in your seat.

“Who’s on First?” is a comedy routine made famous by American comedy duo Abbott and Costello and in 1999, Time named the routine Best Comedy Sketch of the 20th Century.

“Madame President” by Wallace Acton, is an amusing domestic episode. Novelist Spangler would like to read his paper, but wife Victoria (a comic without knowing it) interrupts with a cross word puzzle, her women’s clubs, a retelling of “Hamlet”– until poor hubby is nearly crazy.

“Drowned Out” by Robert Patrick is a comedy about what happens when you are out to dinner and the music is too loud.

“No Nonsense” is an original play written by Laura Sadler-Harperink, Jeannie Brown and Anne Crump, a poignant comedy about two sisters deciding what to do about Mom. 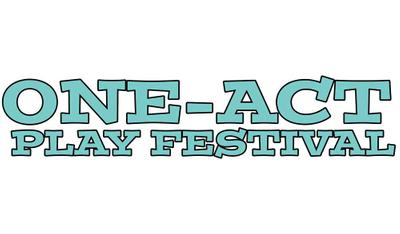