Creole-born C.J. Chenier was raised in an indigenous American culture with its distinctive language, cuisine and music. He delivers soulful vocals along with masterful accordion-driven Zydeco and Blues. 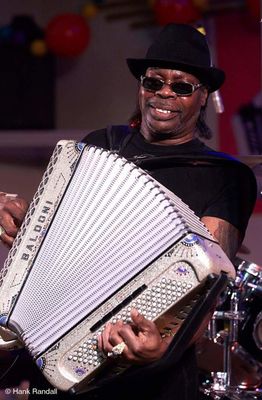