The BEST films of the Maine International Film Festival will be shown at MIFF in the Mountains: nine films over four nights, Sunday through Wednesday, August 2-5, at the RFA Lakeside Theater in Rangeley. Film lovers rejoice! A different film at 5 PM and 8 PM each evening. The complete schedule of films will be posted in mid-July.

Individual Movie Passes will be available in mid-July. Tickets will also be available for all shows at the door.

These films represent the best of American independent and international cinema. We will also spotlight some of Maine and New England’s most exciting and innovative filmmakers.

Audiences also have opportunities to meet and talk with some of the people behind the movies – curators, professors, critics and filmmakers. 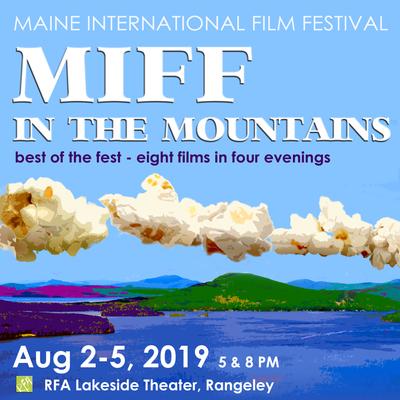