RFA Annual Fundraiser TAPESTRY - The Carole King Songbook.Thursday, July 11, 2019, 5:30 PMYour ticket includes Cocktail Receptions at Private Homes, Desserts and a Concert at the Theater. Join your friends and neighbors for an evening to support the Rangeley Friends of the Arts and the RFA Lakeside Theater. The evening begins with private cocktail receptions at 5:30 PM, followed by delicious dessert reception with cash bar.‘Tapestry’, the Carole King Songbook, staring Suzanne O Davis, is the Premier musical tribute to Carole King. This show recreates the sound and vibe of a 1970’s Carole King concert experience following her legendary album, Tapestry. You will be transported back to the iconic image of her multi-million selling album of 1971.Impeccable attention to detail is taken in recreating a respectful and accurate musical presentation of piano and vocals, just as they were. Suzanne’s performance will take you on a journey back to those great recordings.Tapestry not only presents the record-breaking, Grammy winning album of the same name, but is a retrospective of the iconic songwriting team of Goffin and King, and her hits that continued into the 70’s. This prolific team wrote chart-topping hits for artists such as Aretha Franklin, Bobby Vee, The Beatles, James Taylor, the Drifters, Donny Osmond…and the list goes on.You will feel the Earth Move under your feet with this show.All proceeds go toward improvements to our Entrance, Lobby and Concessions area. $60 is the value of your ticket and $40 is a donation to the RFA- Thank you. 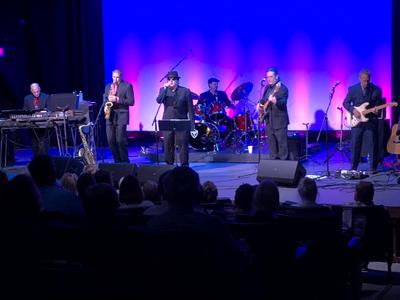